At the invitation of the Barock Pinto association in Italy, Gerrit Stelwagen and Rinze van Teijen traveled to the Le Grand Noir stables last weekend. This beautiful stable is located in the north of Italy, near Turin. BPS Nederland has had good contact with this association and its enthusiastic members for years. It was a successful inspection under the inspiring leadership of the chairwoman there, Mrs. Silvia Ravanelli.

There were six mares of three years and older, of which the best obtained 44 points. This provisional elite title was for ‘J’adore de la Dix’ (Bontfire x Tsjerk 328). She had a good walk, a refined trot and especially her hard and correct legs stood out.

Four mares received the ster predicate, including the striking Frisian mare ‘Fimke van de Spoarbuorren’ with no known pedigree. This 13 year old horse had been ‘well preserved’ over the years and showed an excellent trot which gave her a total of 41 points.

Three stallions had registered for the IBOP under saddle. ‘H-Julius’ (De Luuk Ster 43 x unknown) received a breeding license after an excellent IBOP which gave him no less than 67 points, including an 8 for construction. In his free presentation he showed his talent for piaffe and passage and he also showed the Spanish pass. The inspection earned him 42 points, which made him a Ster stallion with a breeding license.

The stallion ‘Ganter AC’ (Ceasar ter Linden x Feitse 293) became a registered stallion with 40.5 points and his ibop was rewarded with 65 points. With this, ‘Ganter AC’ has also obtained its breeding license. Unfortunately, ‘Jannik’ (lineage unknown) showed too little at the moment to get his IBOP. The inspection earned him 40 points.

Nine foals were registered of which the champion was named ‘Manfred GV’ (Hektor XX30 x Olof 315) with the great number of 48! This very appealing, breed-typical colt showed a lot of front both in his stance and in his very correct basic gaits and had a lot of quality in his feet and legs. Also striking was his eighteen-year-old mother, who stood next to him in glowing condition.

There were also a enter and a twenter mare by the stallion Allard BP21. Both received a first premium. The twenter in particular showed a fantastic trot for which she received an 8.5. Both had Allard BP21 as father.

Our thanks go to the organization and participants of this event. It was a beautiful weekend in Italy! 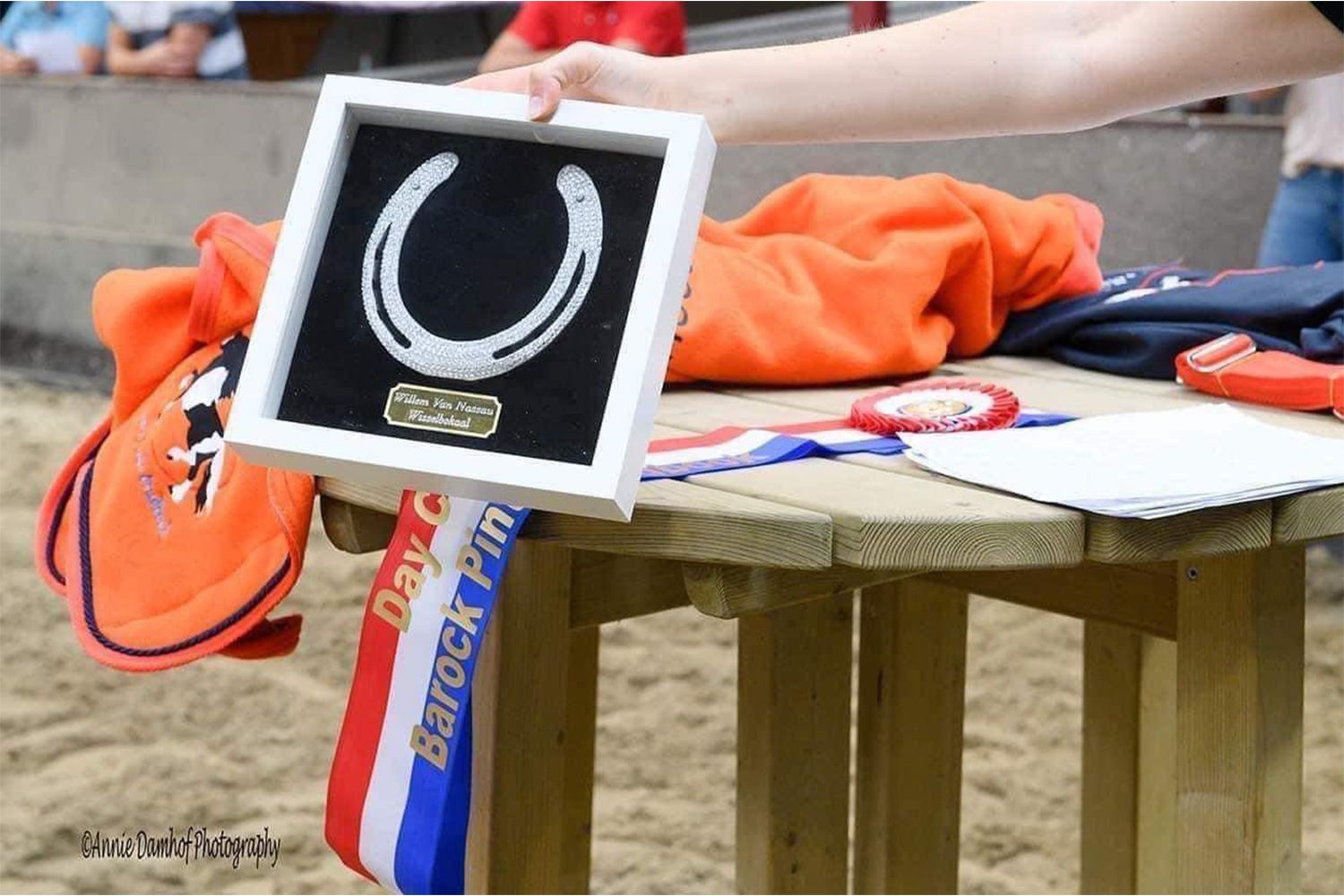 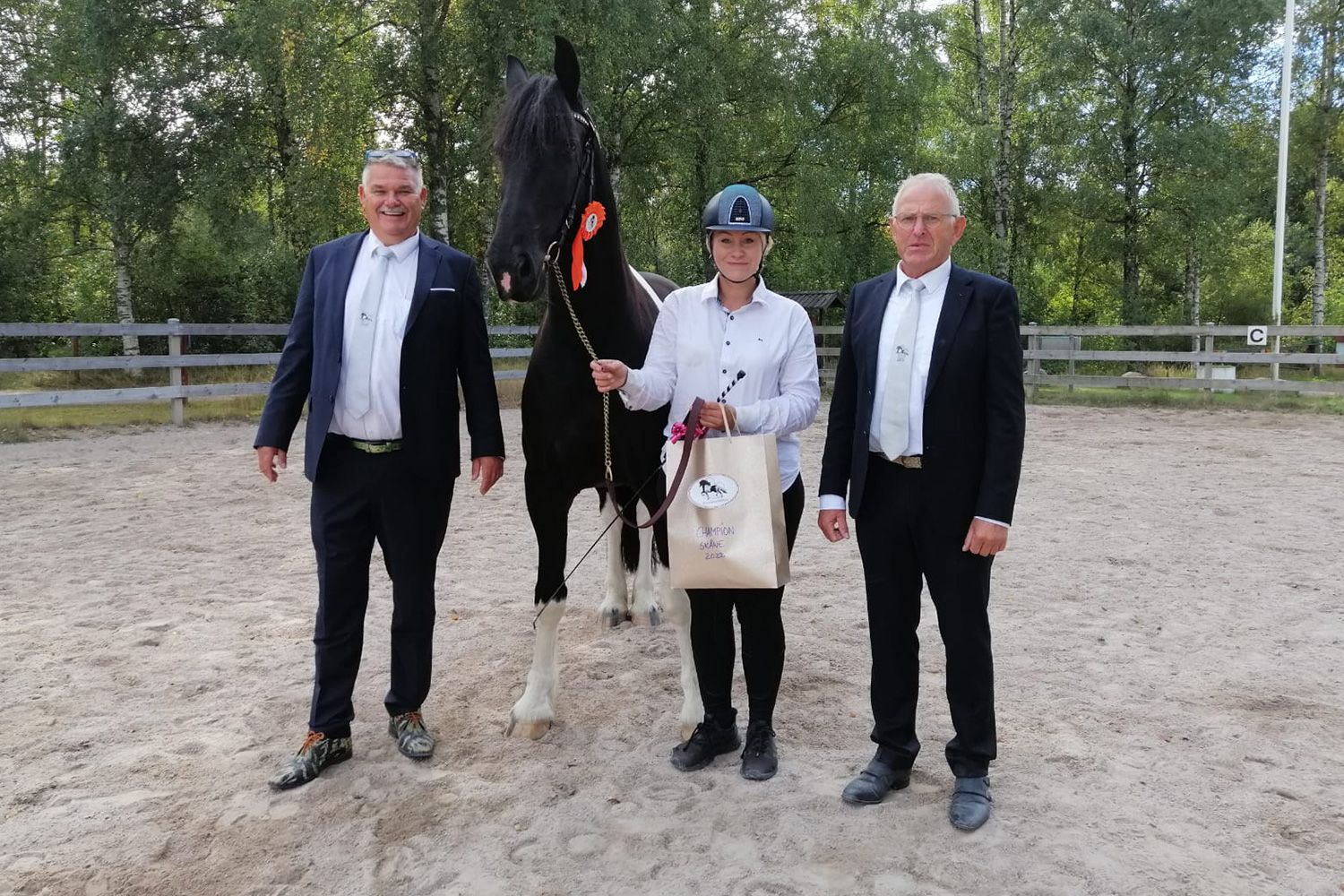 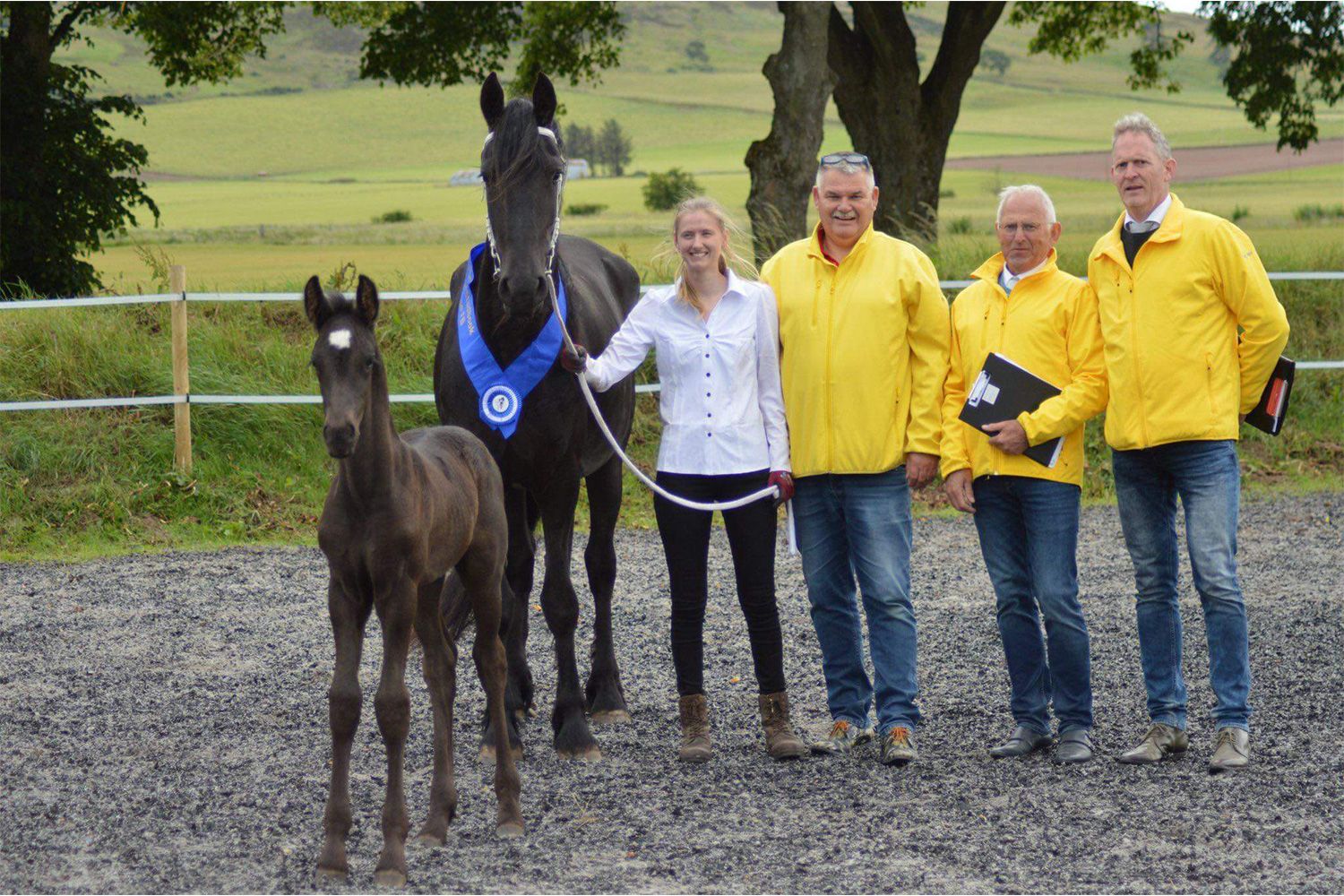 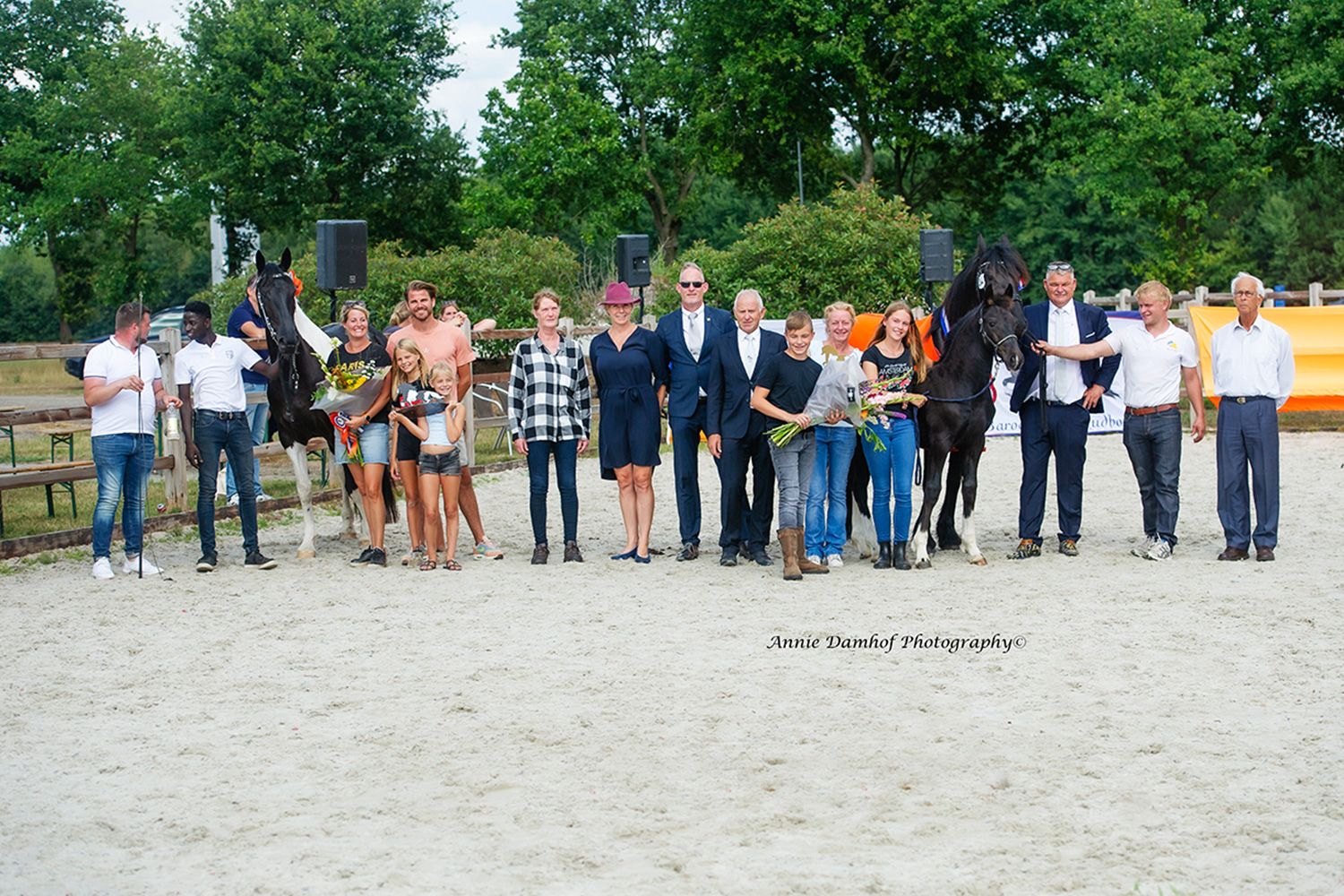